Arctic communities around the world have seen unscrupulous changes over the past century or so. With the emergence of oil, and natural resources in these communities, the economy and way of life in such towns have drastically improved. In particular a focus has been on Hammerfest, Norway which is the most northern city on Earth. Many natives here are seeing changes yeah in, year out. The city of Hammerfest which has a rich history over their 225 years of existence are grateful for the changes that came to their lives due to arctic exploration. 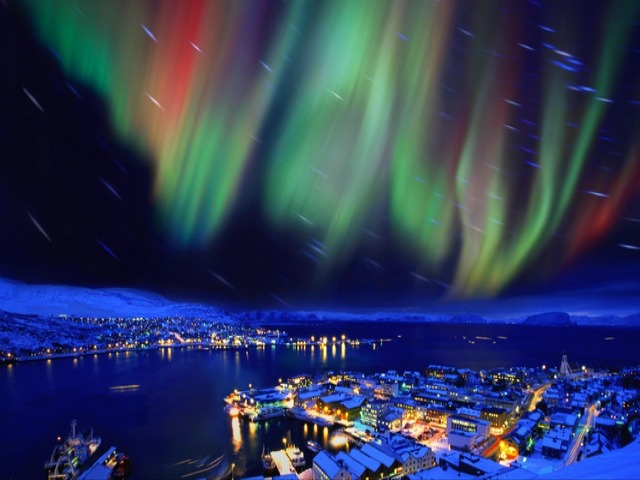 One Hammerfest native who had left and returned to the city in 2012 spoke about his experiences coming back to Hammerfest, “Having left and then returned, I have been able to watch the development of Hammerfest over a number of years, from a busy commercial town to stagnation as a result of the downturn in the fishing industry. The oil and gas activity has certainly helped Hammerfest by fueling such significant new developments, which have helped both modernize and transform the town.” The fishing and oil/gas industry has been providing new opportunities and jobs for the whole town. The thriving city is seeing renovations which have not been available due to funds in the past. It is noted in the Forbes article that over 1,000 jobs have been created over the past few years due to the surplus of fishing, oil, and gas created in Hammerfest. Mayer of Hammerfest explained that prior to the boom in economy, the town itself was suffering with run down schools, streets, buildings, but ever since the arctic exploration started to climb, they were able to renovate schools, streets, buildings, libraries as well as build new buildings around the city.

The town itself also has a growing population due to the job growth. It is also seeing a growth with individuals from ages 20-40 which is fantastic according to the locals since the youth is bringing life into a once dissipated town. This trend is expected to continuously grow since the gas and oil industries are expected to keep rising. The local towns folk are loving the idea of turning a once small town into a booming small city which is a top the Earth.